← more from
Sinnbus
Get fresh music recommendations delivered to your inbox every Friday. 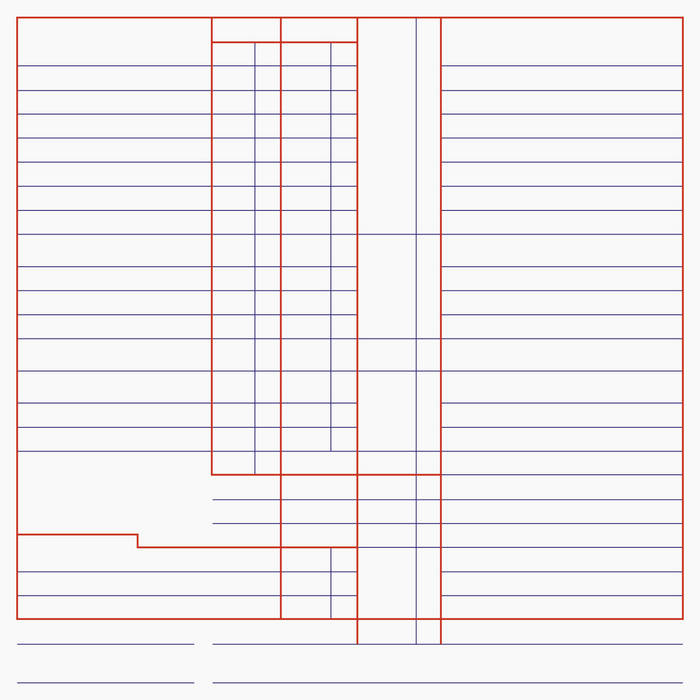 sumbuk This is a nice jazz oriented down tempo release. I like Roth's work, and also own L.O.W.

Jan Roth, the tall, friendly man, enjoys sitting in the light at the front of his house, letting time and history pass him. As the world revolves, he deals with music, love, and good food; generally, for him, they’re all the same thing. As someone who is on the road a lot and only for short visits, he should have a lot to say. About other places, other people, other ways of handling the world and attempting to offer better solutions. However, he is too polite to speak. Be that as it may, he has to leave, and so, he reaches out his hand, and leaves us to ourselves again. At least, he discreetly leaves us a strange treasure for later insight: Jan Roth - Kleinod.

Four years ago, Jan Roth released a wonderfully strange album: "L. O. W.” In an unplanned touring break, he sits in his shared room in a former psychiatric hospital somewhere out in the middle of nowhere in a mid-sized city in Central Germany. Before he does anything, he goes through all his household items, composes them, and records the sounds their movements make. And from his gentle piano, then, plays eight bonmots of hymnal unobtrusiveness, later combining together both sets of sounds, which later find their way onto the record. Which eventually leads him in the right direction. Arte and Zeit Online express themselves as benevolently as does the XLR8R and Famemagazine, his first album later receiving 'Preis der Deutschen Schallplattenkritik' (the German Record Critics' Award) and becoming a Bandcamp Weekly favourite. The colourful video for "Einundzwanzig" was also seen at tastelful indie festivals in cinema screenings for children of refugees.

After his initial release, Roth marinated for a good three years. For his second album, however, he tries a different approaches: piano solo, maybe with beats, maybe only beats, someone else could play the piano, well, why not just use a synthesizer? It just didn’t work. In addition to his new sound, he has since moved out of his strange room. The sound material used on his previous record, the household items, are no longer relevant. Which is why Roth decided to wait and see. He doesn't chase after the music, he says, it just happens to him at some point. Just like the idea to record his new ideas with a real band.

Kleinod has become a band album. The album of a band, however, whose members prefer to leave space for each other. Roth's unobtrusive piano unites the seven other instruments played on the album; but more as an underlying texture in the background. His "all-time-favourite" bass player Alex Binder, and the “amazing” drummer Maximilian Stadtfeld, lend hand to the songs, with their airy playing, helping set the tone for the rest of Roth’s album.

Finally, Antonia Hausmann and Fritz Moshammer make the music shine even brighter with trombone, clarinet, trumpet and flugelhorn. While the former were planned from the outset, the latter just "in town for a few days, having nothing better to do. The magic of chance." says Roth. "These four gems made it very easy for me to play the piano."

The album opens largely promising. "Herbst" sets the stage with Roth’s signature, gentle and open piano. The piece draws in warm tones, less of a view of a dark winter and more a view that goes back to a long and great summer. "Boicycle" is about a boy who learns to ride a bicycle, just as the helping hand lets go of the handle bars: shaky and overwhelming at first, but alas, a proud conquer of a new freedom upon release. With the exceedingly graceful piece, “Schnuppe," Roth lets align that he is not a star, and… ugh, you can’t translate that, sorry.

Roth cuddles the dream-churning twists and melodies in “Marsch der Träumer” into a warm blanket with his wandering piano playing, followed by a soft cover of Chopin's Prelude in E minor, which he lets fade away gracefully.  Afterwards “März" talks about the last rebellion of the winterly melancholy. The gloomy first half gradually dissolves and celebrates the power of spring in a radiant wind final. “Reprise," the last track of the album, summarizes everything with a smiling and crying eye.

Kleinod is a real gem in the best sense of the word. Personally valuable, with light patina, various scratches, and one or two significant dents. Loaded with important stories and memories, with dignity and full of love, ‘"Kleinod is not an escape from reality," says Roth. ”Rather, it is a certain way of looking at the things that are happening right now in the world - through the eyes of someone who actually just finds it funny what people do to themselves and their beautiful planet. Fighting, rushing, constantly comparing, competing, hating - that's for beginners! But I'm not here to point to others." he adds. "I'm just offering some solutions. Do whatever you want with it. I really don't care. Or do I…”

Bandcamp Daily  your guide to the world of Bandcamp